Transportation of Corpses... and Open contests... 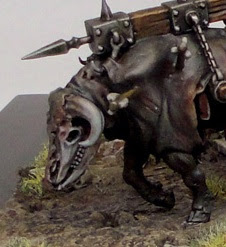 Sorry for the delay everyone. I've been pretty tired the last week of so with work, getting my Open entry finished up and then working Games Day last weekend. But all worth it as my Open entry, a converted Corpse Cart, picked up third place in the contest. My first win in the Open after a few tries over the years.

So, to the entry itself. Not long after joining the studio I started thinking it'd be cool to enter the Open and the task of selecting a figure began. After a few false starts I settled upon the Corpse Cart. The Corpse Cart is a wonderful plastic kit though one that I really haven't seen painted that many times and certainly not as a contest entry. That was as good a reason as any to make it the project I would go with. Then we hit a problem. I can paint well but the guys who regularly enter the open aren't good painters, they are often the best of the best and I couldn't really compete paintjob to paintjob so I had to work out something else and sculpting and conversion seemed like a plan.

I'd thought about painting a Corpse Cart many times over the years and had always planned to not have it pulled by zombies. Nothing against zombies of course (who would) but I wanted something different. The idea had always been a skeletal horse but I started thinking if I could impress more. A few early thoughts were of getting a plastic regular horse and 'zombifying' it. Then I took a look at the ancient Plague Cart model that was presumably the initial spur of the Corpse Cart concept. 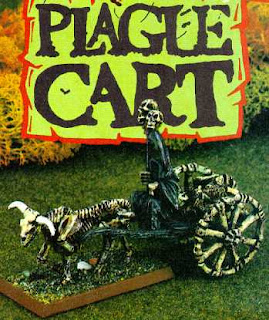 A classic figure of it's day but showing it's age. Then I saw the Ox pulling it. Hmmm, Steve thinks, that could be cool. We we certainly thinking scratchbuild for that and I quickly decided that zombie ox was more appropriate than skeletal ox. So, I delved straight ito sculpting myself a zombie ox. A little way into the sculpting process I started thinking that, without the constraints of casting, it really should be hollowed out and so you can look into the ox and see all the inside of his ribcage and if you peer back into the darkness, his intestines. Niiiice!

After a lot of working out the logistics of how the cart would attach to the ox I had the piece ready. And here's the pics I luckily remembered to take before painting... 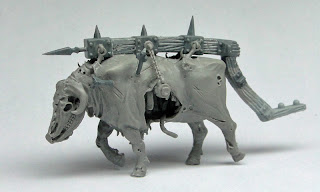 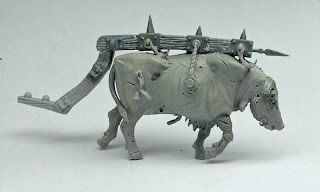 With the ox complete I was concentrating on the cart itself. I decided to put the new single figure plastic Necromancer, released with Storm of Magic, on the back instead of the figure that comes with the cart. He fits quite well as long as you open the right arm component out a bit and fill the gap. Just a bit of trimming to get it to fit nicely.

I also added a grotesque face to the bell and generally went around the cart either removing or adding small details.

So, with the conversion done I was ready for painting... aaaand... to be continued. I don't want to turn this one post into a behemoth so will save the painting stage for another post. There will be another after that to talk about the basework... not sure if I have decent pics... hope I have some.

But I'm not going to leave this post without showing you the finished article. Admittedly not the best pic ever but it at least shows the whole figure. So, here it is... The Corpse Cart!!! 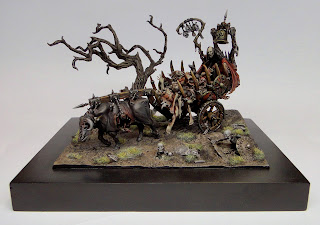